There are almost as many ways in which an elevator operates as there are hat styles. Most people think that because they all do the same thing, their controls must be the same or at least similar. If that were the case, there would be no reason to have as many elevator companies as there are.

Using a metaphor of the pioneer days, let’s say there 10 miles between your farm and the general store. The easiest way to get there has always been this long winding hilly road that floods whenever it rains. So, someone builds a flat straight road that takes half the time to get to town. It’s a great road that never floods and everyone looks forward to using it. Then the guy decides he doesn’t want anyone else using it unless they pay an exuberant fee, so he puts a locked gate at each end. He says he will use the fee to keep the road maintained flat and smooth. Eventually, people use the road to save time and ware and tare on their equipment.
Out of necessity, someone else builds a new road, that gets you to town. It’s not quite as fast, and he too is demanding you pay him each time you use it. He’s not asking nearly as much as the first guy, but you still have to pay. With the money you pay him, he will drive the road at least once a month to look for pot holes. If you want the pot holes filled, you will have to pay an additional fee. Why should you pay to use this road when you can just go around? 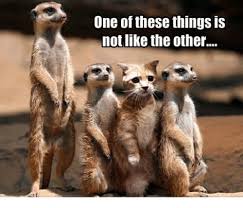 Another guy builds an alternate road that is just as efficient as the last road and he lets anyone use it. Unfortunately, it becomes full of highwaymen looking to rob whoever is willing to drive on it.
Over the years, various routs are built that will get from your farm to the general store. Now there are many, many options to get from your place to town. Some routes are faster, some are more dangerous, some are expensive, some are not.

Elevators are not much different than the scenario above. There are many ways to get an elevator to stop at a floor. Many ways to accelerate, decelerate and maintain the speed of an elevator. Many many ways to dispatch a bank of elevators. Many types of door control. In all instances, the starting point and end point are the same. Some methods are very efficient, others, not so much.

Along with the different ways to get to your destination, there as many variants in maintenance. Are you paying a lot to use the efficient road that is kept flat and smooth? Are you paying for someone to ride your road and look for pot holes? Are you taking your chances on getting robbed or are you just taking the winding hilly road that floods every time it rains, but has always been there?